TMI about 24 hours of HOSTELity 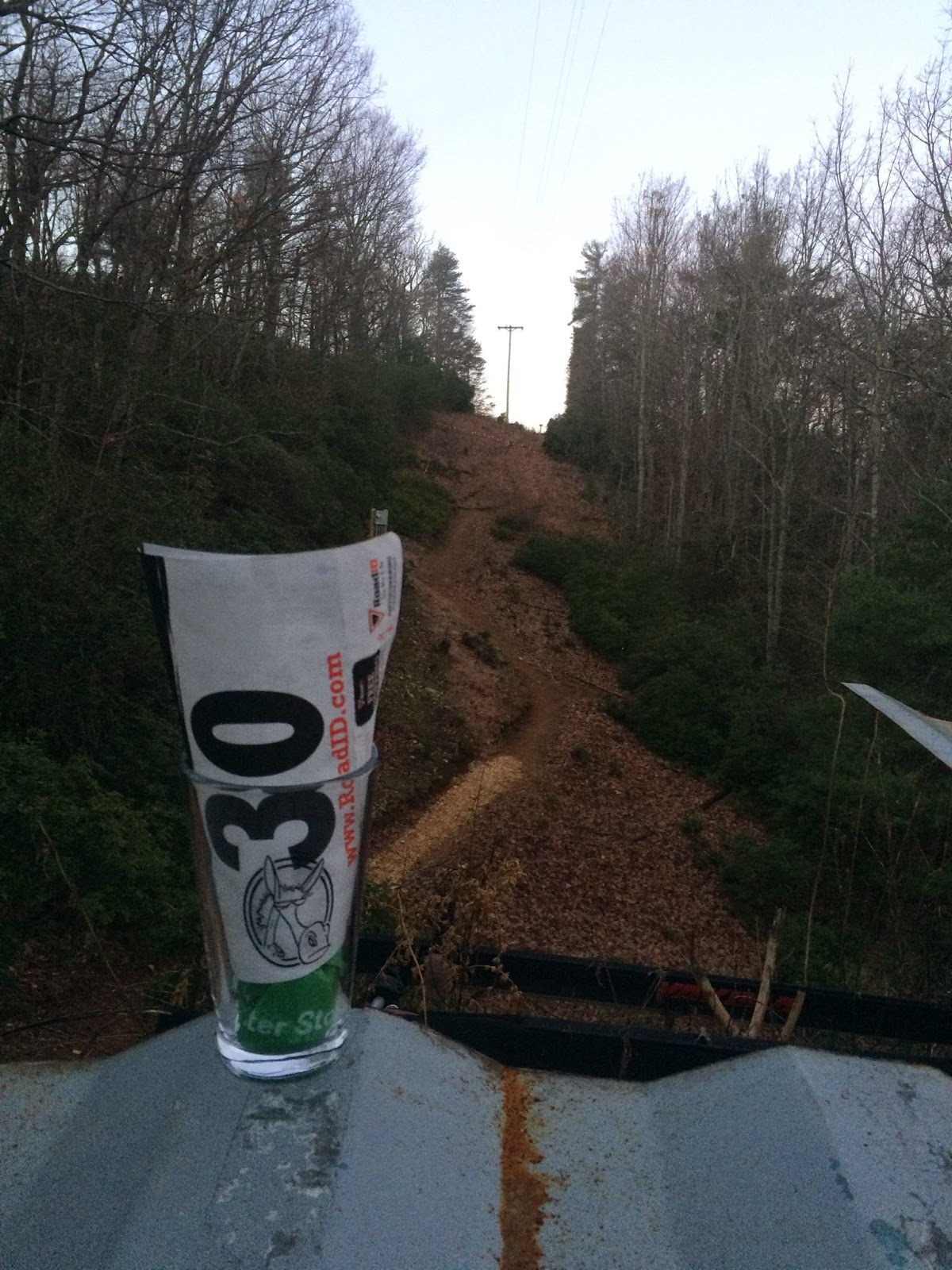 I went into this race wanting to complete whatever distance I could in 24 hours, but with a goal to just to keep moving for a full 24 hours.  No mileage goals, just 24 hours.  My running head had been missing for a few months, so I wanted to get it back, and I think I succeeded.  I may have gone on a few little detours to get it back this time, but nonetheless, I got it back!  Let me explain...

I got to the race site a little early, so got to set up my aid station anywhere I wanted along the back deck of the Hiker Hostel in Dahlonega.  It was a beautiful morning and was shaping up to be an amazing day, as it had been raining for pretty much a whole week straight.  I needed some Vitamin D!  I was expecting the Hostel to be somewhat of a bare bones type of place with metal bunks everywhere and stinky hiker crap all over the place, but much to my surprise, it was beautiful! The back deck had a huge campfire area with benches all around for hikers to share stories of hiking on the Appalachian Trail, there was a very friendly white 11 year old puppy to greet you, and when you walk inside, you were welcomed to a very warm and cozy "basement" with 2 futon chairs, a couple couches, a full kitchen, a very homey bathroom, and awesome people!  When you walk up the wooden stairs filled with pictures of visiting hikers to the main area, there are a few rooms with bunk beds, a nice kitchen, and a very cozy feeling living area that I really wouldn't mind living in full time!  I'm definitely going back!

Today was going to be my first time racing without my Husband there full time so I was a little nervous about going at it alone, but I had done my mental preparation of running through the entire night and not really needing the help, and it would prove to be a pretty cool experience.

Everyone gathered on the back deck for pre-race instructions, which wasn't much as it's only a 1k loop.  You could ask questions every 8-15 minutes if you had any!  And as the clock ticked up to 9 am, 3-2-1, we were off!  Not really meaning to, I started as one of the first girls out of the Hostel onto the trail.  We went up and around to the front of the Hostel, took a right at the chicken coup, down the hill and along some switch-backs, up and over the hill past the wood pile and a couple of container cabins, around some relatively new growth pine trees, down the "Chasm of Death", and up into the gravel parking lot back to the Hostel's back deck.  I didn't have a watch on or want to know how many laps or how much mileage I had done, so I just kept on trucking and would stop when I felt like it.  After about 4 hours, I sat down in my chair to take a quick 5 minute break and gather my thoughts.  Everything was going great and I was crushing that hill!  I was happy I had my hiking poles though, as I knew it would help later on to have slightly fresher legs than not having the poles at all.  At about 5 hours, I put in my earphones and turned on my shuffle that I had downloaded a few books about running on.  It would help take my mind off the monotony of the 1k loop.

My husband, Rudy, got there about 1pm with my 3 year old, Hunter, and our two dogs, Rusty and Asher.  It was great to see them and I gave them all a hug.  But I wanted to keep moving.  I took Rusty, the Vizsla, out for a few laps, in which I got lots of comments about how good he was.  He wasn't pulling on the leash at all and would run right beside me for the most part.  He just wanted to run!  After about 10 laps, I switched to Asher, the Germain Shorthair Pointer, and ran with him for about 6 laps.  He had ripped a tonail off about a week ago so I didn't want to push him too much for risk of injuring it more.  After I dropped him off, I took off for a couple more laps, but Hunter kept asking me if he could run with me!  How can a mom resist "Mommy!  Can I run with you!?"  Oh. My. Gosh.  Pull my freaking leg!  So I told him he could, and he took off with me down the trail.  He was an amazing "pacer" with his Superman shirt and cape on.  He slowed me down quite a bit but I didn't mind at all.  He actually ran as fast as his little legs would carry him at a sustainable pace.  He's going to be a great trail runner someday!  So we did a lap, I dropped him off, and went a few more.  After that, he wanted to run again, so I let him and then continued on my own.

I got back to the Hostel at one point, being quite distracted by the fact that they were there, and Rudy asked me if I wanted him to stay or go home to eat with my mom.  At this point, the course had changed direction (every 6 hours) and we were going UP the Chasm of Death instead.  As much as I loved having them there, I actually liked not having them there.  So I told Rudy that and he was actually good with it.  I was able to focus more on the running, and not trying to appease them each time (Not that they cared much though).  So they left, I put in my earphones, and I got into my zone, until I met a dude from Marietta, named Jonathan.

Jonathan was race walking at this point since his stomach was bothering him a little.  He began the conversation by asking me about Rusty.  He and his family were going to get a Vizsla puppy that next weekend.  So he had lots of questions... or so he said.  I think he was just trying to slow me down.  Hahaha!  But we began talking about puppies, what we did, how we got to where we are now, and what we has planned for the year.  It was a great friendship in the making.  I had to take a break around 8.5 hours in to put some compression boots on my legs.  Jonathan did a lap without me and I was back out there.  And then the fun began.

As we were trucking along in the dark, I dropped back and said, "Please excuse me, I'm going to do something rather un-lady-like."  (And here's where the TMI part comes in) My stomach was pretty crampy by this point, which was why we were fast walking the course.  It just felt better.  I dropped back and did my business, loudly, and then caught back up.  I could hear him a few meters up the course, say "Nice!" without skipping a step.  I knew I liked this dude!  But as the night went on, the stories and the bodily functions got a little more crazy and unpredictable.  Whether it was burping, passing gas, or puking so loud we could wake up the bears, it was all fair game!  We didn't do every single lap together but it ended up that we were kind of trading off laps.  As I would break, he would lap, and visa-versa.  One of my patients came to run 8 hours in the dark so she started around 7 pm and ran until 3am.  We would run some together, and she just kept going for a total of 30 miles, which I thought was awesome!  She kept telling me how she was never talking to me again... we'll see about that Courtney!

Rudy came back up, sans kids and dogs, around 10 pm to cheer me on.  I needed some motivation at around 12 am so I called my pacer in Utah from the Tahoe 200 and put him on speaker phone.  He talked to us for a while and get our minds off the running, or walking, for about an hour.  After that point, he said he would call around 5 am, which was more around 3am his time.  Rudy did the wave with the volunteers on the back deck for the racers, and then headed home around 1:30 am to get our son. 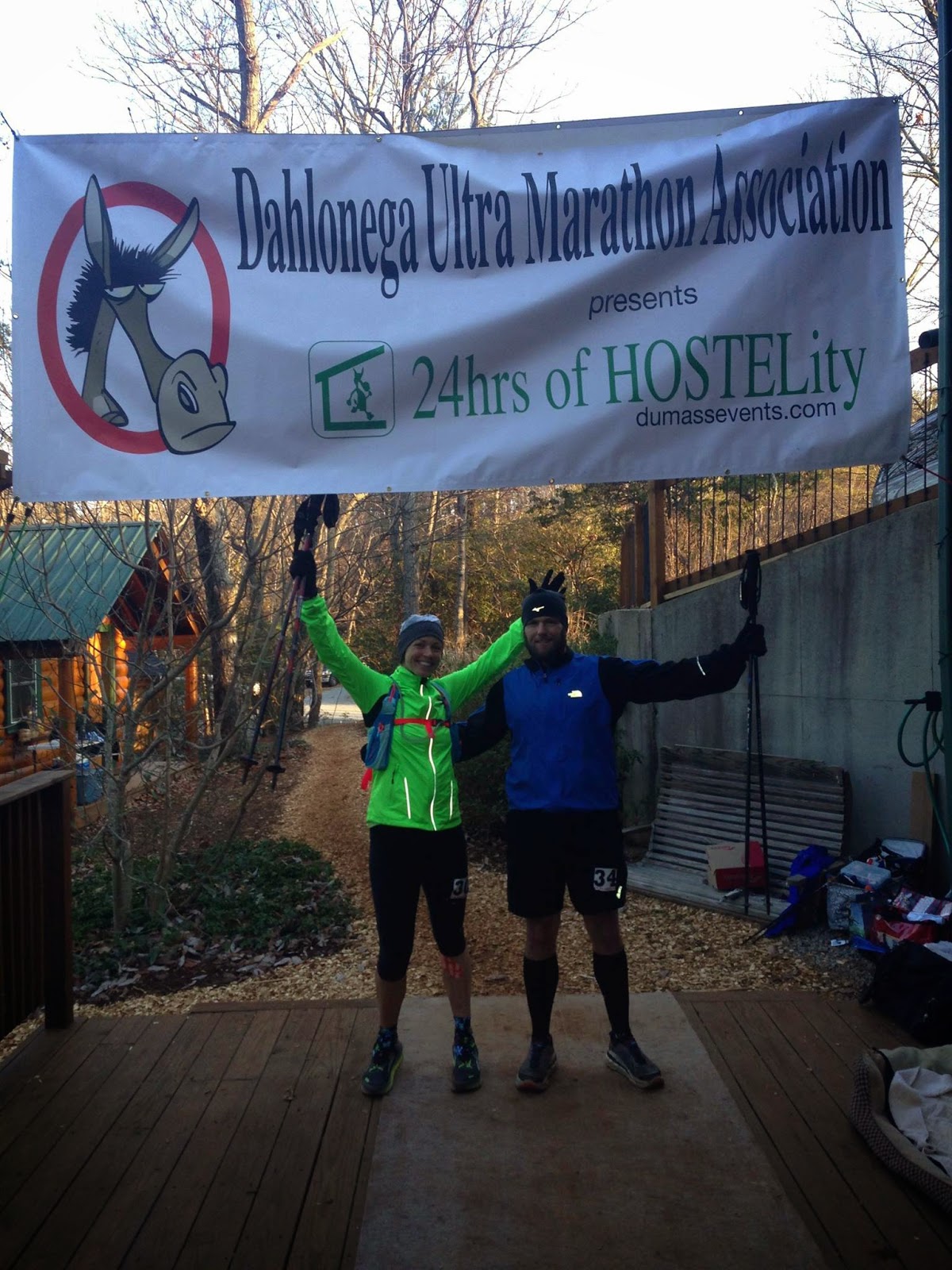 At 3 am, it's dark, cold, and you feel rather crappy.  But at 3 am, after we were greeted by the wave again on the back porch of the Hostel by some volunteers that were as crazy as we were, the course switched back to the "easier" direction, up the Chasm of Death.  And at 5:18 am, Ben called me back, and sounded like a half eaten Zombie himself.  But I commended his efforts and we laughed a good bit about how crappy Jonathan and I felt and how crazy we sounded like we were getting.  We even talked about the unmentionable places our chaffing was in.  You see, I realized on Friday that I had gained 8 lbs since running in Tahoe in September.  I didn't have any unmentionable chafing then.  But today, there was chaffing in places I had never had it before.  Nothing a little periodical Trail Toes application couldn't alleviate though.  Hahaha!!!  I told you I was crazy!

At around 7:00 am, we could see the daylight beginning to creep upon us.  I had taken a 10 minute compression boots break at 5 am but was still sore as hell.  It was comical how slowly we were moving down the hills but with 151.6 ft of average climbing and descent per lap, it adds up!  And as we saw the sun rise above the beautiful Appalachian Mtns, our spirits lifted, but the unwanted bodily functions continued, and so did the crazy laughter with each one.  Jonathan and I figured we had to do about 6 more laps to get 80 miles, and we had 80 minutes to do it.  Each lap went by so fast and as we approached the Hostel for the last time, we both let out one last loud hoorah to the course and crossed the finish line.  It was snow angel time on the back deck, followed by a prompt opening of a beer, and some much needed compression boot love.  We found out that we had only done 78 miles but had only 20 minutes to finish the 3 laps needed for 80 miles, which at a 12.5 minute pace per lap, that wasn't going to happen.  How about a nice round number, as Jonathan was somewhat OCD about the number 3 and anything divisible by it.  So 120 laps was good enough and we were done! 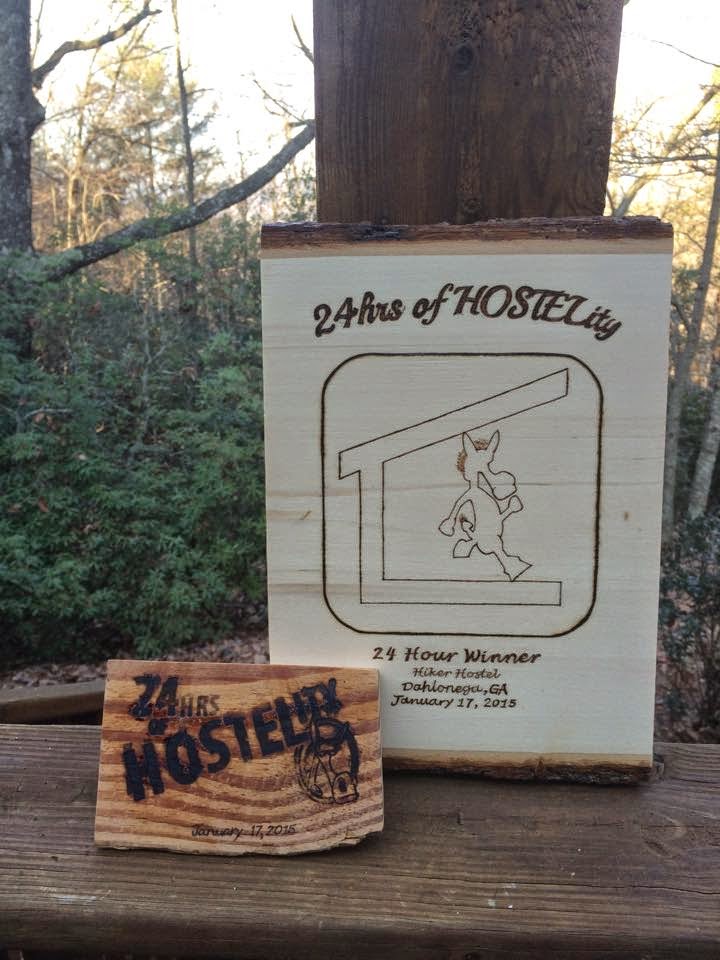 You learn lots of things from each and every race you do.  Each one is so different from the next, that it's very hard to compare.  I learned that I really do need my eating schedule or my stomach will revolt later, that running through the darkness is freaking awesome as it's so pure, until the loud fart rings out in the night, and that making friends along the way while going through the same exact suffering is the best thing this world has to offer.  Now I'm over my funk and ready to run!  But let's wait until I can stand up in less than 10 minutes before I actually run. 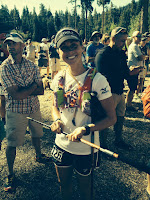 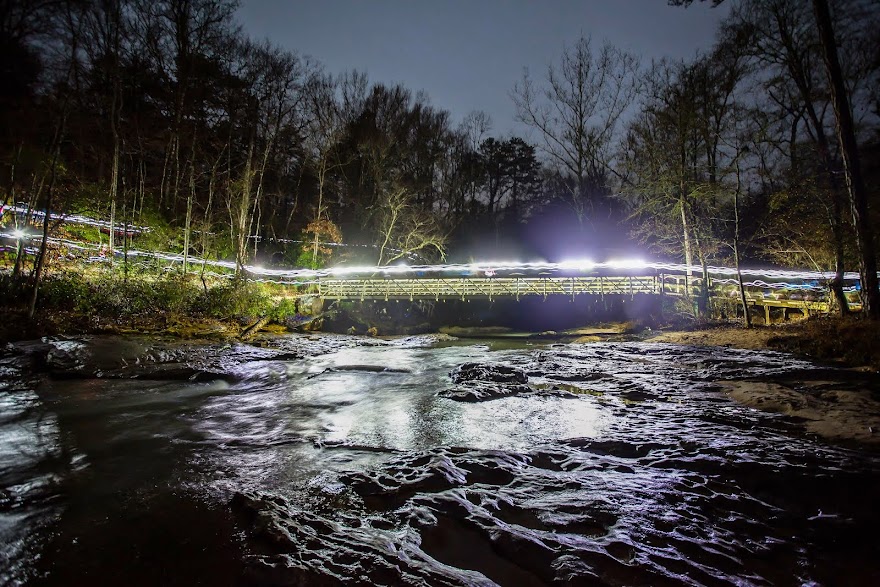